Home » Article » Surround Air XJ-3800 Intelli-Pro: Its 7-in-1 Filtration System is Something to Beat
Tue25

Surround Air XJ-3800 Intelli-Pro: Its 7-in-1 Filtration System is Something to Beat

Posted on Feb 25 in Article | 0 comments

7-in-1 Filter System at Budget Price

Have you heard of an air purifier that promises so much but yet remains highly affordable? Surround Air XJ-3800 Intelli-Pro air purifier is among the rare ones that fall under this category.

But isn’t it like asking if there is such thing as free lunch in the world? Let’s take a look beneathacWhen all the marketing hypes and dusts have settled, just how much can we expect out of this little monster? Let’s see.

Where it Passes with Flying Colors 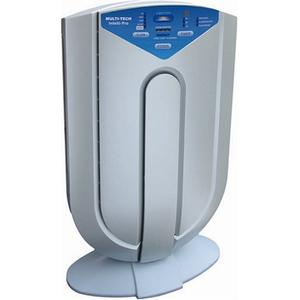 First, let’s take a look at what the 7 layers of filter consist of. Just like any good air purifier, the first line of defense is usually the pre-filter. The job of a pre-filter is to stop bigger dusts and particles before the air passes through the subsequent lines of defense.

Be clear that while pre-filter is not capable of removing the tiniest harmful pollutants (highly harmful if they made their way to the lung airway system), it is a vital part of a good filter engineering design. Air purifiers that do away with pre-filter are best avoided because they’d incurr expensive filter replacment cost.

The second layer is where Surround Air XJ-3800 sets itself apart from the crowd. Go through all the air purifier reviews that discuss the different models that are priced similar to XJ-3800. You’d find that what normally comes after the pre-filter is the HEPA / True-HEPA filter. 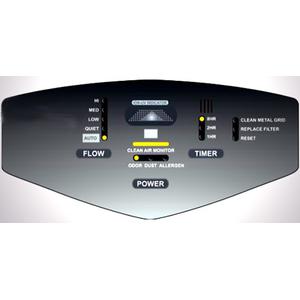 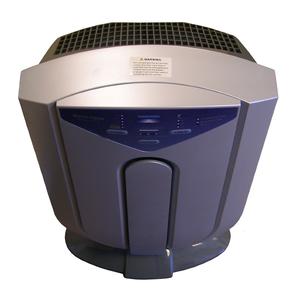 For Surround Air XJ-3800, we have electrostatic dust collection grid. How it works is simple. The electrostatically charged grid attracts pollutants just like a magnet.

To me, I see it as a back-up line of defense. Every air purifier owner knows that pre-filter is washable. Yet, most failed to clean their pre-filters at precisely the right time. When you have your pre-filters clogged, it works in the reverse order and more particles (instead of less) will enter the subsequent stages of the filtration system.

That’s why I consider the eletrosatic grid as a back-up. But still, it’s not something to be taken for granted. You still have to set a timely reminder to clean them both. But with Surround Air XJ-3800, you have less worry if you need to delay the cleaning routine.

Next on the filtration path is the activated carbon filter. This is where odors and smells are being absorbed and removed from circulation. This is followed by the HEPA filter. HEPA filter is where most remaining particles are being stopped.

One word caution is to take note that the HEPA filter used in Surround Air XJ-3800 is not True-HEPA certified. As we have no means to measure the exact efficiency without the right set of test equipments, we can’t say for sure. It’s just that some folks prefer an air purifier unit that comes with True-HEPA certification.

If all the mumbo jumbo has caused you to lose count on how many layers of filter we have so far, it is 4. Fifth on the pipeline is the Photocatalytic oxidation filter. Results from joint study between University of Colorado and National Renewable Energy Laboratory (NREL) suggest that the use of Photocatalytic oxidation is capable of destroying nearly 100% of harmful volatile organic compounds (VOCs). While not entirely identical, similar principle has been used in Sharp Plasmacluster air purifiers.

Are you still with me? With all the filters in place, what is there left to remove? Not too many. But when it comes to germs and infectants, even small amount may be lethal.

Next on the filter path is the UV filter. This is based on the same process that has been recommended by Center for Disease Control and Prevention (CDC) in controlling the spread of Tuberculosis.

These ionized particles will then become too heavy to remain in the air and it will settle down on the floor surface. These will get removed by your normal cleaning activities such as vacuuming.

Packing 7 layers of filters into a single air purifier is by no means an easy feat to accomplish. Especially given the price tag that Surround Air is attaching to the XJ-3800. 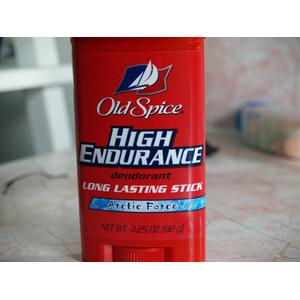 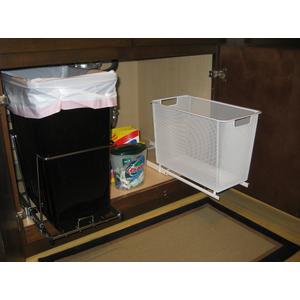 I have to say the various techniques used throughout the filtration sound impressive. But does it make XJ-3800 a jack of all trades but master of none?

Based on the few discussions that I had with few XJ-3800 owners, the general consensus seem to be more on the positive side of things. But there is one thing that frustrates many of them.

A friend of mine shared how he once put on his deodorizer only for the smell to disappear in no time when the XJ-3800 is placed nearby. So far so good.

The next day, he decided to place the unit at the kitchen near the trash can, hoping for the air purifier to do its job in removing the unpleasant smell coming out from the bin. To his dismay, the odor sensor seemed to fail completely. Instead of giving up, he revved up the setting to high. But still, things didn’t turn out as he expected.

Since I don’t have too many real first hand experiences to base on, I can’t say for sure if it is an isolated problem due to defective unit. Or it is due to a much bigger problem due to design flaw.

The biggest value offered by Surround Air XJ-3800 is unarguably its power packed filtration system. Go ahead and pick all the air purifier models that fall within similar price range. I bet you’ll have a hard time finding one that can offer you anything better than what this air purifier has to offer.

So, do you think you’ve settled your choice on the XJ-3800? If not and you’re looking for an air purifier to improve your allergy or asthma sufferings, be sure to check out which air purifier models are designed with allergy and asthma patients in mind.

Considering Fellowes AP-300PH Air Purifier? Is it Worth?