Posted on Dec 11 in Article | 0 comments

If you are feeling that your allergy is getting worse (some go the extreme of thinking that their health is deteriorating), you are not alone. And it is not because your health is going from bad to worse.

A work recently presented at the American College of Allergy, Asthma and Immunology (ACAAI) revealed that the number of pollen counts is increasing and it is growing at an alarming rate. According to the study, this phenomenon can be attributed to the rapid rise in temperature that we are experiencing due to the global warming.

Why am I talking about pollen research anyway? Simple. Many of us have natural allergy towards certain pollens and depending on the severity of the allergy, it might result in serious discomfort in our daily lifestyle and activities.

It seems that engineers with acute entrepreneurship sense are quick to react to this new reality, long before we even realize it. If you need any proof on this, just look at the number of air purifier specialists. In the past decade alone, companies such as Rabbit Air, Blue Air, Airgle and most recently, Airocide, have sprung to life.

As explained by the free market economic theorem, competition will get more intense as more players made their entries into the market. This is exactly what we are seeing with the air purifier industry today.

With hundreds of air purifier models and brands to choose from, picking the ultimate air purifier is increasingly harder.

But before you proceed, be warned that my definition of best is not one that is determined by price point. The criteria that I used to pick my Air Purifier Champion are: 1. Values; 2. Maintenance; and 3. Reputation. 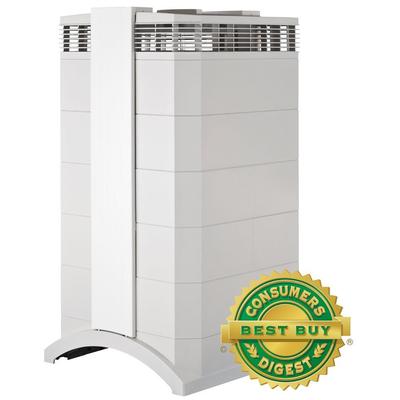 Why is that so? Because IQAir is not a common household name as it does not sell any other home appliances other than air purifier.

I was equally hesitant at first but I was left with no doubt after studying and scrutinizing the company.

IQAir is one of the oldest (if not the oldest) air purifier specialist. In fact, the company claims to be the pioneer of the industry. With half a century of history to back it up, I can find no other air purifier maker with history as long as IQAir. The closest such competitors as Rabbit Air and Blue Air are barely a decade old.

If you don’t like history and want some real proofs, few of their achievements are noteworthy. As far as I can see from the official site, IQAir is the only partner (from air purifier industry) that has been singled out by the American Lung Association. Our champion, IQAir HealthPro, is the winner of the much coveted Parents Test Parents Approved (PTPA) endorsement.

Enough said about the past, let’s talk about technology.

IQAir’s HyperHEPA filtration technology is one of the best in the industry. What sets the HyperHEPA technology apart from its peers is the ability to filter particles up to 100 times smaller than what can be achieved with normal filter and it is done without causing any harmful byproducts.

Most air purifiers are certified for particle size of 0.3 microns and to be HEPA-certified, 99.97% score has to be achieved. This means that only 0.03% of particles size 0.3 microns can pass through. The IQAir HealthPro was tested one step further and it was tested for 0.003 microns. For this test, it comes out with very respectable score of 99.5%.

HEPA filters are great but the most common complain associated with HEPA filters is the high cost of replacement. Therefore, most true HEPA air purifier will not come only with a single layer of filter. This is in order to protect the HEPA filters and prolong their lifespan.

In IQAir HealthPro air purifier, the filtration system is made up of 4 stages. The first stage is to filter the micro-particles such as pollen, mold spores and pet dander. The next stage is what you can simply refer to as odor filter. While this is where odor gets removed, the carbon filter will also eliminate harmful chemicals. The third stage is another layer of harmful chemical filter. Only in the last and final stage will the HyperHEPA filter comes into the picture.

The average lifespan of the HyperHEPA filter is 4 years that is estimated based on typical usage of 10 hours per day and you are running it on speed 3 (out of 6). This is higher than the average of 2-3 years.

On the noise front, it is claimed to be 32% lower than the average. My check with some of the closest competitors provided some number to give some idea if this claim is to hold.

The specification found for Oransi Erik Multi-Carbon, the #1 challenger, is 62.2dB (based on 300cfm rate) while that specified for HealthPro is 59dB. Another check with BlueAir 503, another highly rated model that carries the HEPASilent trademark, does not explicitly mention the noise generated at any specific rate. The specification provided is based on the range of 90-414cfm and the noise ranges from 32-66dB.

The numbers seem to be very close but without explicit information from the company, we can’t conclude anything for sure. Based on these numbers, it seems certain that the noise generated by the HealthPro model is lower than its peers but we cannot affirm the 32% figure without running proper scientific experiment.

One last point has to do with the engineering reputation. IQAir boasts Swiss engineering and whatever that means, I’ll leave it to you to answer. 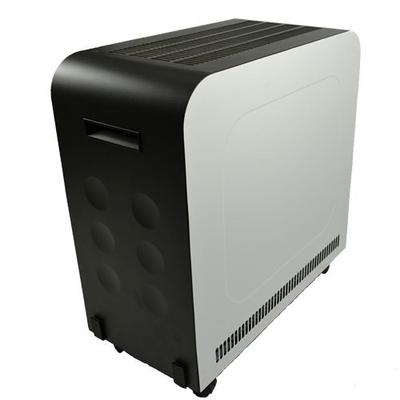 Now that you’ve seen the Champion (IQAir HealthPro), it is good to take a look at the next best option.

With the bar set so high, it is indeed a tall challenge that other air purifier makers have to contend with. My pick for the (closest) Challenger would be the Oransi Erik Multi-carbon air purifier.

You can take the specs of the HealthPro and Erik and do a comparison. I bet you would end up with the same conclusion as mine.

One aspect where the champion comes short of its closest rival is probably the coverage area. Oranis Erik Multi-carbon air purifier is designed to cover room size of up to 1,700 sq ft while the champion is designed only for up to 1,240 sq ft.

The other aspect is the power consumption. When operating at 300cfm, Oransi Erik Multi-carbon consumes 76W of power compared to the 215W consumed by the IQAir model. 10-hours daily usage at this rate adds up to 1,400kWh difference every day which translates to an estimate of 15 cents (based on US average electricity tariff).

Does this amount sound significant to you? Let’s do a bit of math. In 1 month, the difference you would see in your electricity would be about $3-$4, depending which state you live in. In a year, that adds up to about $35-$50. With that, I believe you can decide if the amount is significant to you.

I’ve made known my winner when it comes to the ultimate air purifier. What do you think? Do you think you have a winner too? Or do you think there is another contender that is worthy of the challenge? Let me know in the comments if you think so.