Understanding the Pros and Cons of DIY Air purifier

Posted on May 23 in Article | 0 comments 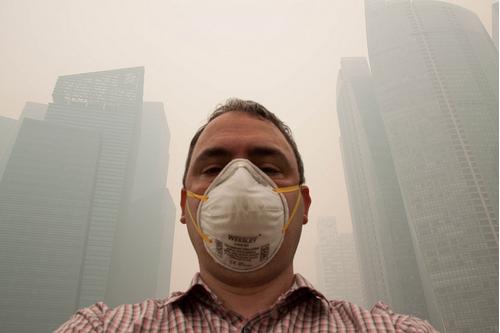 Impurities in the air are a concern to anyone who wants to avoid respiratory problems, and installing an air purifier as a do it yourself project is an option worth considering. Given the low cost budget required to set up your own air purifier, this option has emerged as one popular option in many poorer cities where majority of the population find such leading air purifier as IQAir to be way too unaffordable.

Some concerns that you may encounter can delay or derail a project, and anticipating what can go wrong helps you find a way around typical problems. By conducting an air purifier review, you can find the best air purifier for your purposes.

So, should you choose to jump into it and start making your own DIY air purifier? Few considerations are important which you might want to ponder a little more before rushing your decision.

What are those considerations? Read on to learn more.

What Air Purification Power Do You Need?

To get the most effective results from your efforts, you need one that can treat the entire interior of your home or one that is suitable for one room. A system that can clean the air in your whole house may require duct-mounted units or several room air purifiers.

Room units may cover a space as small as 80 square feet or as large as 800. The advantage of using a room air purifier is that the cost for one unit is less than that for treating an entire residence. The disadvantage is that it may not remove as many air particles as one that treats a larger area.

So, knowing what kind of air purification efficiency you need is the first thing you need to ask yourself.

Quality of Your DIY Unit

The poor quality of air in some areas of China is notorious, and it poses serious threats to health. Bloomberg Businessweek recently reported on the efforts of a Fulbright scholar to design and build an air purifier for his home.

Living in China for a year led him to investigate the components of air purifiers, and his research led to the development of a simple system. The basic components consisted of a HEPA filter and a fan, and he fashioned a Velcro strap to secure them together.

Testing the effectiveness of his invention required an investment in a monitor, but the results were impressive. By strapping the filter to the flat surface of an ordinary fan, he reduced PM.05 levels indoors by nearly 85 percent. Levels of PM 2.5 indoors fell by more than 90 percent.

From the picture and demonstration, constructing your own DIY air purifier appears like such a simple thing. But getting down right to do it yourself is another thing which might be more challenging that it seems.

One thing you want to keep in mind is the quality of your fan. Some fans are more powerful than others and they run on better quality motor. Think about it. How long do you think your fan will last if you have to turn it on 24×7? Does it have enough power to deliver the kind of CADR rate that top-rated air purifiers for smoke removal in the likes of Rabbit Air MinusA2 is able to deliver?

Use only the Best HEPA Filter

The best air purifier uses the most effective filter, and the HEPA filter captures more impurities in the air than filters that are of a lower quality.

The disadvantage of using an ordinary filter is that you do not get the level of performance that you get with HEPA filters. A lower price may make inferior filters seem attractive, but an investment in the best filter makes your system work better.

If you construct your own system in the way that the Fulbright student did, the savings that you realize from building it yourself are well spent on buying the best filter.

Most Viable Solution for the Budget-Constraint

In addition to the article that appeared in Bloomberg Businessweek, the invention by the Fulbright student was the subject of other publications as well, including Tech in Asia.

In China, the quality of air attracts news coverage, and the possibility of owning an air purifier that is affordable is an item of interest. As you conduct your air purifier review, you are sure to find many systems that are expensive.

You are not likely to find one that is as inexpensive as one that you can build with a filter, a fan and a strip of Velcro.

From the way I see it, I’d take home purchase for comparison. Everyone of us knows that the best home is the Penthouse unit that lies at the top floor of the building but it is something that most people could only dream of but not afford.

The same is true for air purifier. The cost of the ultimate air purifiers including Oransi Finn is easily equivalent to months of savings for the average folks in poorer cities. DIY air purifier is hence the natural options to consider.

The advantage of buying an expensive model is that it probably has a manufacturer’s warranty, and the appearance of the unit is professional and unobtrusive.

The disadvantage of building one yourself is that is that it looks homemade. If appearances do not matter, then you have an opportunity to use an air purifier that is effective and inexpensive.

Whether you buy one at a store or build your own is a matter of personal preference, but cleaning the air in your home contributes to good respiratory functions.

Considering the level of pollution index in many cities with emerging economy, a DIY air purifier now makes it possible for more people to have access to cleaner air in their home. Costing only a fraction of leading air purifier models, millions of people can now immediately breathe cleaner air without having to drain their months of hard earned savings.

But whether the idea of DIY air purifier is attractive in more affluent cities, it remains a question.

Anyone Heard of Oransi Finn Air Purifier Before?

Return To Top
Copyright © 2021
Disclosure: AirPurifierReviewsHQ.net is participating in the Amazon Services LLC Associates Program, an affiliate advertising program designed to provide a means for sites to earn advertising fees by advertising and linking to amazon.com.